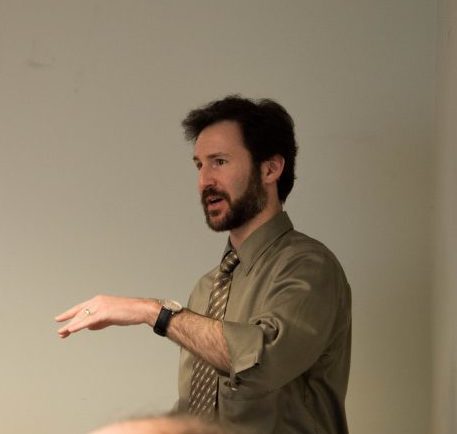 Justin Buchler studies elections, political parties and Congress.  His second book, Incremental Polarization: A Unified Spatial Theory of Legislative Elections, Parties and Roll Call Voting (Oxford University Press, 2018) connects spatial models of legislative roll call voting to spatial models of legislative elections, and shows how political parties in Congress make it rational for legislators to adopt ideologically extreme positions that conventional models of elections would deem irrational.  The key is that these positions are adopted incrementally, one roll call vote at a time rather than as a single action, and political parties cancel out the electoral pressure that legislators face to vote “insincerely.”

His 2011 book, Hiring and Firing Public Officials: Rethinking the Purpose of Elections (also from Oxford University Press), argues that competitive elections are paradoxically unhealthy for democracy because they are not analogous to competitive markets.  Rather, they are poor ways of hiring and firing people.  Tossing a coin to decide whether or not to fire an employee is a bad way to operate, for a business or a country.

Professor Buchler’s articles on electoral competition include “The Social Sub-optimality of Competitive Elections,” in Public Choice, which won the Gordon Tullock Prize for 2007.

Students who wish to write a Senior Capstone with Professor Buchler

Capstone projects for Professor Buchler must present and test a “falsifiable hypothesis.” The hypothesis must be derived from existing Political Science literature. Students can conduct the project in one of two manners. Students may either propose to test the hypothesis in a manner that is at least somewhat different from existing research in order to add to existing scholarly understanding, or students may propose a “replication” study of a specific, existing article published in a peer-reviewed journal. In either case, students must have a proposal consisting of the hypothesis, why the hypothesis is substantively interesting, and a plan to gather and test the data.

Projects need not be quantitative, although given Professor Buchler’s expertise, that has been the norm. Exceptions to these rules, such as a game theory project, may be considered, but only if Professor Buchler is contacted well in advance of the start of the semester.

A Spatial Theory of Media Polarization – Delivered at the 2016 Annual Meeting of the Midwest Political Science Association, Chicago, IL

Buchler, Justin, Going off the Rails on a Crazy Train: The Causes and Consequences of Congressional Infamy, The Forum, Volume 9, Issue 2, 2011.

Buchler, Justin, The Statistical Properties of Competitive Districts: What the Central Limit Theorem Can Teach Us about Election Reform, PS: Political Science and Politics, Vol. 40, No. 2, April 2007, pp.333-337.