Professor of Political Science and Director of the International Studies Program 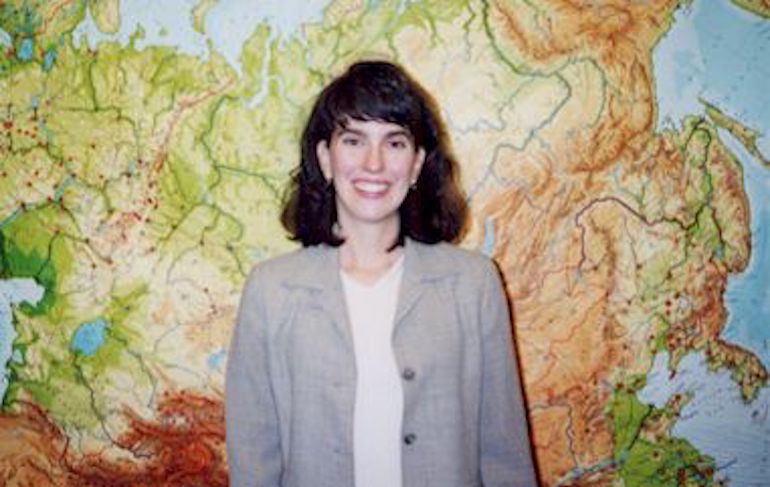 McMann and the other Varieties of Democracy team members were selected for the 2016 Lijphart/Przeworski/Verba Data Set Award from the American Political Science Association.  The dataset is being used by the World Bank, the United Nations General Assembly, the U.S. Agency for International Development, Transparency International, and scholars around the world.  The dataset has been downloaded more than 71,000 times in more than 150 countries since its first release in January 2016.

In other work McMann examined the impact of democracy on corruption globally (Political Research Quarterly) .  This follows from her earlier research on market reform and corruption, published in the book, Corruption as a Last Resort: Adapting to the Market in Central Asia (Cornell, 2014).  This book received honorable mention for the Ed A. Hewett Book prize for “an outstanding monograph on the political economy of Russia, Eurasia and/or Eastern Europe”.  McMann has continued her research on Eurasia by collaborating in the spring of 2015 on mass surveys in the region about media usage and attitudes toward foreign countries.

In her most recent project, McMann is coordinating a team of scholars and students from economics, engineering, epidemiology, environmental science, law, political science, and sociology to investigate democracy’s impact on economic, environmental, public health, and security outcomes.  Initial work includes reports by her and an epidemiologist examining to what extent democracies combat epidemics more effectively than other regime types.  This work has been sponsored by the intergovernmental organization International IDEA.

Earlier, McMann investigated how citizens’ economic relationships with the state influence their willingness to engage in civic activities essential to democracy. She described the findings from this investigation in her book Economic Autonomy and Democracy: Hybrid Regimes in Russia and Kyrgyzstan (Cambridge University Press, 2006).

McMann’s research has been funded by the National Science Foundation, the National Endowment for the Humanities, the Social Science Research Council, the National Council for Eurasian and East European Research, and the International Research & Exchanges Board. Her courses include Introduction to Comparative Politics; Political Science Research Methods; Transitions to Democracy and Dictatorship; Economic, Environmental, and Health Challenges–The Impact of Democracy; State-Building and State Collapse; Politics of Central Asia; Politics of Russia; and an interdisciplinary seminar entitled Evidence.  Dr. McMann received her Ph.D. from the University of Michigan and conducted research at the Davis Center for Russian and Eurasian Studies at Harvard University before coming to CWRU.

McMann is the director of the International Studies Program.