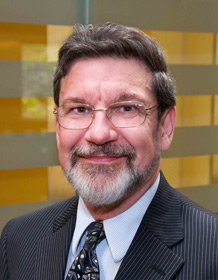 Jonathan Entin, David L. Brennan Professor Emeritus of Law and Adjunct Professor of Political Science, discussed how and why Justice Ruth Bader Ginsburg, aka the Notorious RBG, became a pop culture icon on “Top of Mind with Julie Rose” on BYU Radio. Justice Ginsburg was appointed to the U.S. Supreme Court in 1993 by President Bill Clinton. In this past year, she has been featured in a documentary titled RBG and an upcoming movie, On the Basis of Sex, to be released in theaters on January 9.

Professor Entin clerked for Justice Ginsburg when she was a judge on the U.S. Court of Appeals for the District of Columbia Circuit, where she served from 1980-1993. He also wrote a profile on Justice Ginsburg in The Conversation this past October.