The Department of Political Science joins with the American Political Science Association in expressing our horror and outrage at the recent murders of George Floyd, Breonna Taylor, Ahmaud Arbery, Tony McDade, David McAtee, and many others.  These recent cases are part of the history of police violence directed at Black persons in the United States, including the history of the city in which our university resides.

In 2012, a “routine traffic stop” by a Cleveland police officer ultimately resulted in a vehicle chase and the death of two Black persons.  The car chase involved “a minimum of 62 police vehicles” and a shootout in which 13 police officers participated, firing 137 shots into the subject vehicle.  The subjects of the chase, Timothy Russell and Malissa Williams, were unarmed.  The US Department of Justice report “concluded that we have reasonable cause to believe that Cleveland Department of Police engages in a pattern or practice of the use of excessive force in violation of the Fourth Amendment of the United States Constitution” (see Justice Department Report, which “alleged that the excessive force violated Cleveland citizens’ constitutional rights, and was based on more than 600 incidents between 2012 and 2013”).  The Ohio Prosecutor’s Summary Statement can also be found here.

In 2014, Tamir Rice, a twelve-year-old Black child, was playing by himself in a public park in Cleveland when he was shot and killed by Cleveland police officer Tim Loehmann.  The New York Times reported that Officer Loehmann shot Tamir within two seconds of arriving on the scene, and that police tackled Tamir’s 14-year-old sister and handcuffed her and, when Tamir’s mother arrived on the scene of her son’s murder, the officers also threatened to arrest her (paraphrased from the NYT report).  On perceptions of proportionate response to protest, see David Armstrong, Christian Davenport, and Thomas Zeitzoff, here.

Finally, you can read the APSA statement here.

The Department of Political Science affirms that Black Lives Matter and that peaceful protest, even when contentious, is protected speech.  As political scientists, we recognize that protest mobilization – the First Amendment right to “peaceably to assemble … and to petition the government for redress of grievances” – is often necessary and frequently successful in bringing about policy reforms, and that protesters’ use of violence, even when clearly identified, is infrequent, relatively rare, and involves a very small number of those persons who mobilize, including during these most recent mass demonstrations across the country and throughout the world.

Writing only for myself, as a native of northeast Ohio, I have long been sickened by such incidents, deeply ashamed of my country for our unwillingness to resolve issues of racism, and outraged nearly beyond reason by the apparently perpetual police violence against Black persons in the US, including against children.  Our country needs to do better, and so does CWRU.

Here Are Some Things We Can Do Now:

There are other things that CWRU and the Department of Political Science can do in the coming days and weeks.  These are things that we can do now, without waiting, and that will teach us and that will be helpful.

With all best wishes, 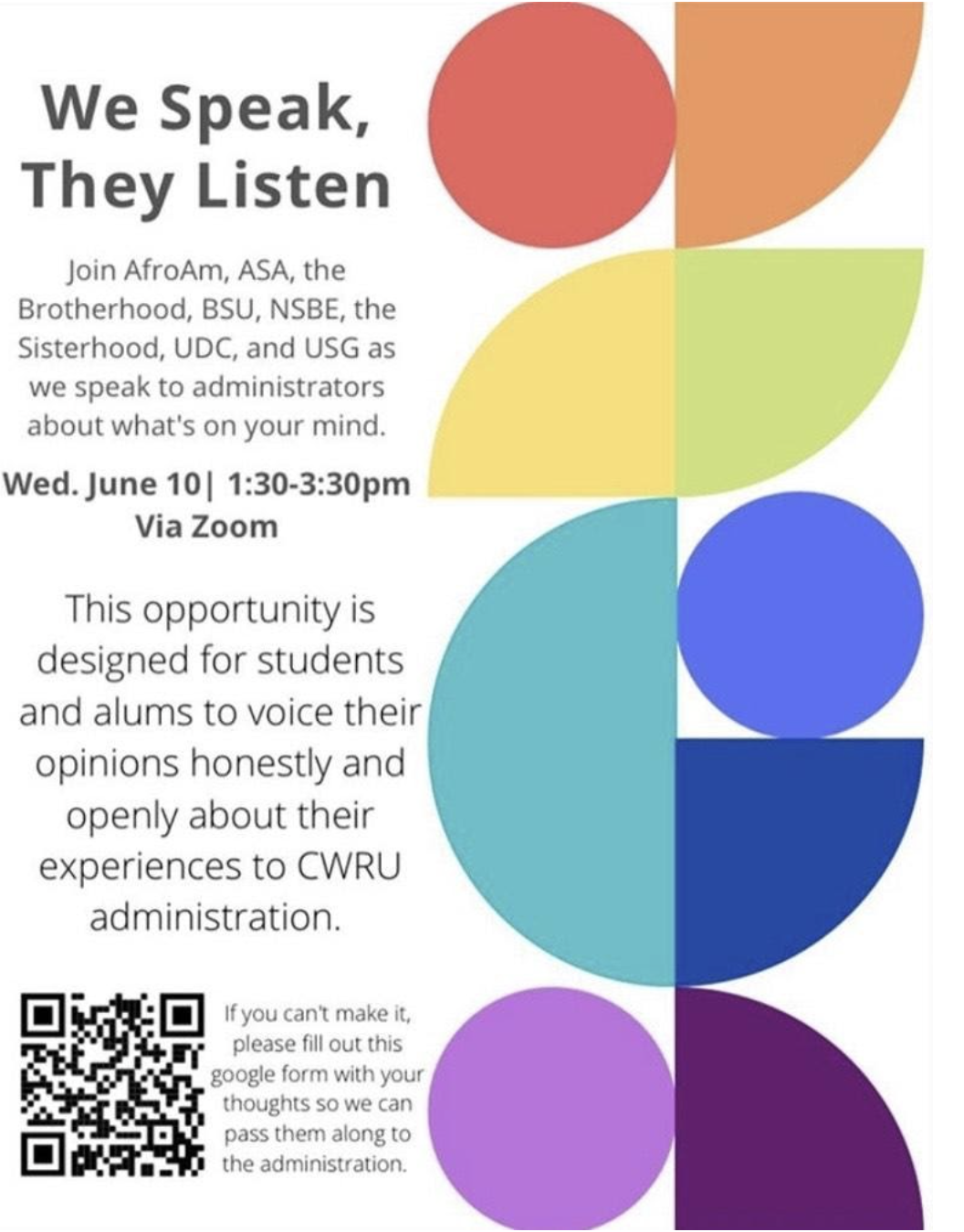